Hey there!!!     So how about instead of writing a history paper here, I give you the 2-minute autism diagnosis rundown of the boy who was first diagnosed with autism.

Some of you may be parents, other teachers or maybe you are someone with an autism diagnosis.

Today 1 in 59 children will be diagnosed with an autism spectrum disorder.

The whys for this statistic are hot topics for debate and research and new theories develop all the time. As do many kinds of treatments.

It is 1943, a young boy by the name of Donald Triplett is living in Forest, Mississippi.

Now, this boy is different from the other 3-year-old boys around him in this small town.

Donald is extremely withdrawn and lives inside of his private world. And, he echoes the language and phrases he hears.

He has some impressive abilities though, including rapid mental multiplication and quick memorization skills.

However, his family doctor doesn’t know how to make sense of all the symptoms Donald is presenting.

Standard practice at this time is to place children with severe mental deficits in institutions.

Doctors encourage parents to forget about these children. For this reason, at 3 years old, Donald is sent away to an institution.

His parents, though, just can’t forget about him and visit as often as they are allowed.

Doctors begin to notice that Donald’s social skills decline rapidly in this institution.

Finally, after one year, his parents take Donald back to his family home to stay for good.

He has a series of visits with Donald and eventually eleven other children who display very similar behaviors.

Dr. Kanner uses the phrases, “A powerful desire for aloneness” and “an obsessive insistence on persistent sameness” to describe similarities in each of the children.

From these sessions, Dr. Kanner goes on to publish a paper that outlines a new diagnosis called infantile autism.

Years later the condition is simply known as Autism.

Donald’s story though is just the beginning of decades of trial and error to define and understand autism as we now know it.

1940’s Han’s Aspberger defines a”milder” form of autism. These children have normal to high and even genius IQ’s. They still struggle to understand the social world around them and have obsessive interests.

1970’s The first time scientists consider genetics and biology as a cause of autism.

1980’s The movie Rain Man skyrockets awareness of autism. While Dustin Hoffman’s main character is an autistic savant, this is not a defining feature for all children with autism.

1990’s The government adds autism as a special education category. This allows schools to offer services for autism.
Aspberger’s is now a new category in the Diagnostic and Statistical Manual of Mental Disorders (DSM)

1998 The infamous publication in The Lancet links Autism and Vaccinations.

Dr. Wakefield loses his medical license for this fraudulent study.

2000 Autism Spectrum Disorder becomes an umbrella diagnosis for all categories of autism. Aspberger’s is no longer a separate diagnosis.

Two diagnostic criteria for a diagnosis of autism:

1) Impairment in social communication and/or interaction.
2) Restrictive and repetitive behavior.

With 1:59 kids being diagnosed with autism, the gap for resources will only widen.

Although many opinions exist on the cause and treatments for autism, we don’t debate those.

Our goal is to close the gap between autism and resources.

I’ll talk to ya soon!

Looking for an Autism Disorder Checklist.  We have one for you here 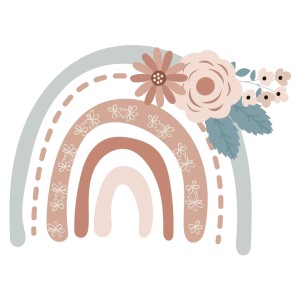 Hey there!  I'm Betsy.  Mom, RN, special education teacher and blogger at The Autism Daily Brew.  Working hard to bring you the best resources in autism.
PrevPreviousService Dogs And The 3 Surprising Reasons You Will Love Them
NextAutism Alaska 7 Can’t-Miss Autism Help SitesNext